I have too many interesting articles to share with you and so little time.  So, in honor of the snowcalypse in the Midwest, here’s a blizzard of fabulous things to read.  Choose your poison:

WESTLAND, MI – JULY 6: Hannah Rose Akerley, age 7, of Grosse Point Park, Michigan, gets some relief from the heat by playing in a gigantic lake of mud at the annual Mud Day event July 6, 2010 in Westland, Michigan. The lake was created by mixing 20,000 gallons of water with 200 tons of topsoil. The event, which is sponsored by the Wayne County Parks Department, draws about 1,000 children each year. (Photo by Bill Pugliano/Getty Images)

Young people are coming out in full force to fight for democracy, and women are at the forefront of these protests, breaking a huge stereotype that Muslim women passive, voiceless or apathetic.

THIS PICTURE IS SO BADASS!!!

Beauty and the Double Standard of Aging – Sociological Images

Today I had the pleasure of reading a 1978 essay by Susan Sontag titled The Double Standard of Aging. I was struck by how plainly and convincingly she described the role of attractiveness in men’s and women’s lives: “For women, only one standard of female beauty is sanctioned: the girl. ” 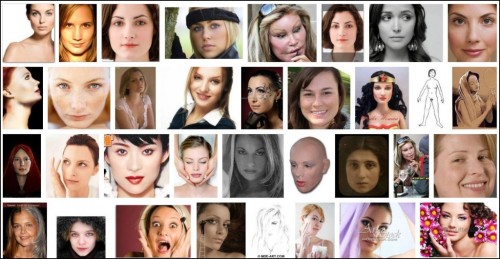 Brisenia Flores, Another Nine-Year-Old Girl, Was Shot and Killed in Arizona – Village Voice

Brisenia Flores, 9, was killed on May 30, 2009, when a group led by anti-immigration fighter Shawna Forde raided the girl’s family home in the border town of Arivaca, Arizona. Allegedly, the attack was organized in the name of the Minutemen, a crew of vigilante border patrols, who hoped to steal money and drugs to fund their revolution against immigration. The Flores household was attacked mistakenly, for they had no drugs or money, but according to reports, Forde and her cronies commenced to shoot Brisenia’s father in the head, killing him, before wounding her mother and eventually, shooting Brisenia in cold blood…

We broadcast from Park City, Utah, home of the Sundance Film Festival, the nation’s largest festival for independent cinema. One of this year’s selections that is creating a lot of buzz is a documentary called The Black Power Mixtape. The film features rare archival footage shot between 1967 and 1975 by two Swedish journalists and was discovered in the basement of Swedish public television 30 years later. We speak with renowned actor and activist Danny Glover, who co-produced The Black Power Mixtape.

It’s a wonder that the security guards at the Academy of Motion Picture Arts and Sciences didn’t stop Mo’Nique and make her show ID when she arrived to help announce the Oscar nominations early Tuesday at the organization’s Beverly Hills headquarters. After all, she was the only person of colour involved with the extravaganza, since the 83rd annual Oscar nominations have the dubious distinction of being an all-white affair…