The counterculture made it in the news today!  Yay!

Author Ken Kesey poses in 1997 with his bus, "Further", a descendant of the vehicle that carried Kesey and the Merry Pranksters on the 1964 trip immortalized in Tom Wolfe's book, The Electric Kool-Aid Acid Test. Kesey, who died in 2001, is the subject of the new documentary Magic Trip.

Here‘s a link to the Fresh Air interview on NPR.

This week I read Mary Jezer’s Home Comfort and The Dark Ages.  I came in contact with Jezer when studying WIN‘s special men’s issue in 1974 for my Masters thesis.  With all of the chaos going on the the world, one of the quotes that Jezer included in The Dark Ages really resonated with me:

Home Comforts – a collection of perspectives on creating, living in, and leaving the countercultural commune Total Loss Farm in the 60s and 70s.  Enjoy this delicious recipe: 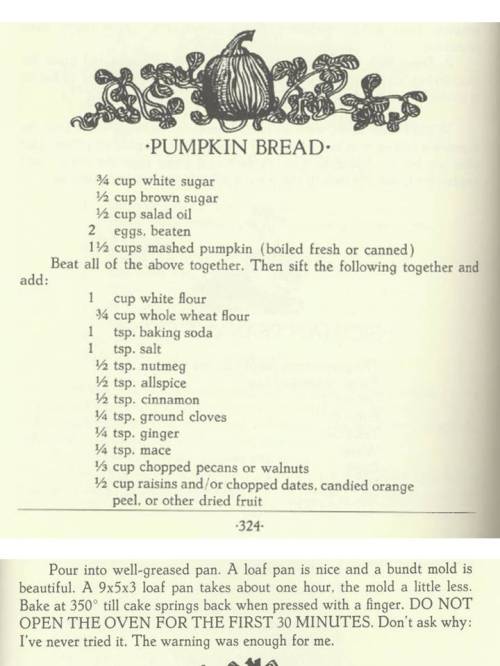 This kind of reminds me of a recipe  for sour cream waffles I found at the Amelia Earhart exhibit at Purdue University.  The recipe I saw was accompanied with an article emphasizing Earhart’s domesticity despite her (masculine) influence in aviation.  They may not be delicious, but I’m too much of a history nerd not to make them.

That’s What She Said

This blog post is in response to the Purdue Exponent’s recent “Sex Position” cartoon.  The cartoon, entitled “The Prestige,” depicted two men sexually tag-teaming a woman without consent or knowledge.  Yeah, Exponent, that’s called rape.  The public response to this has only just begun although the newspaper has yet to address the issue as of September 18.

Michaela Null, creator of the Facebook group “Tell Purdue Exponent Advocating Rape is NOT OKAY,” posted this hilarious response to a misogynistic comic. 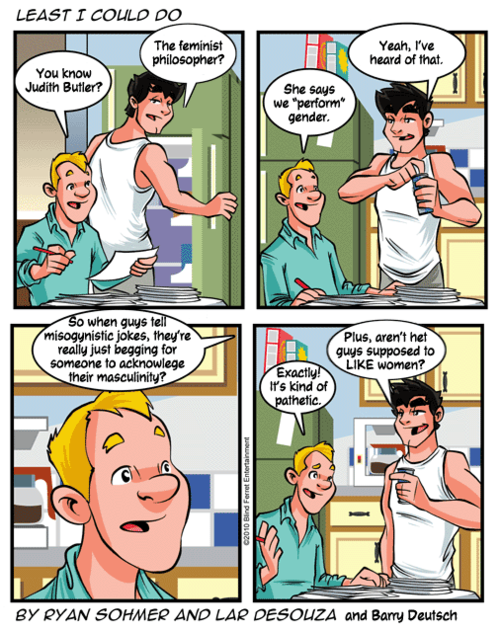 This post is taken from Harry Targ‘s blog Diary of a Heartland Radical, and more specifically his recent post “Let the Poets Speak.” I first met Targ, a Purdue professor, at his on-campus screening of the documentary, Joan Baez: How Sweet the Sound.  Although I don’t know him very well, his work is truly inspirational, and I strongly encourage you to check out his blog and his on-campus events!

In “Let the Poets Speak” Targ uses the poetry of Woody Guthrie, Carl Sandburg, Meridel Le Sueur, and Langston Hughes – poets who “described so well the nature of the empire in which we live and the need for resistance against it.”  Their words provide both wisdom and hope for political change.

Meridel Le Sueur, the socialist/feminist poet, novelist, and chronicler of the Great Depression and beyond wrote with power about twentieth century America in a way that could have been written this week.

None of my sons or grandsons took up guns against you.

And all the time the predators were poisoning the humus, polluting
the water, the hooves of empire passing over us all. White
hunters were aiming down the gunsights; villages wrecked,
mine and yours. Defoliated trees, gnawed earth, blasted embryos.

We also live in a captive country, in the belly of the shark.
The horrible faces of our predators, gloating, leering,
the bloody Ford and Rockefeller and Kissinger presiding over
the violation of Asia (Meridel Le Sueur)

I am the poor white, fooled and pushed apart,
I am the Negro bearing slavery’s scars.
I am the red man driven from the land,
I am the immigrant clutching the hope I seek–
And finding only the same old stupid plan
Of dog eat dog, of mighty crush the weak.

I am the young man, full of strength and hope,
Tangled in that ancient endless chain
Of profit, power, gain, of grab the land!
Of grab the gold! Of grab the ways of satisfying need!
Of work the men! Of take the pay!
Of owning everything for one’s own greed!

I am the farmer, bondsman to the soil.
I am the worker sold to the machine.
I am the Negro, servant to you all.
I am the people, humble, hungry, mean–
Hungry yet today despite the dream.
Beaten yet today–O, Pioneers!
I am the man who never got ahead,
The poorest worker bartered through the years.
(Langston Hughes)

And balladeer Woody Guthrie wrote verses, often unsung, for the unofficial American anthem, “This Land is Your Land?”

As I went walking I saw a sign there
And on the sign it said “No Trespassing.”
But on the other side it didn’t say nothing,
That side was made for you and me.

In the shadow of the steeple I saw my people,
By the relief office I seen my people;
As they stood there hungry, I stood there asking
Is this land made for you and me? (Woody Guthrie)

Carl Sandburg, poet, biographer of Abraham Lincoln, and children’s author, reminded us of who has made history and ironically created the exploitation of the producing class.

I am the people–the mob–the crowd–the mass.
Do you know that all the great work of the world is done through me?
I am the workingman, the inventor, the maker of the world’s food and
clothes.
I am the audience that witnesses history. The Napoleons come from me
and the Lincolns. They die. And then I send forth more Napoleons
and Lincolns.
I am the seed ground. I am a prairie that will stand for much plowing.
Terrible storms pass over me. I forget. The best of me is sucked out
and wasted. I forget. Everything but Death comes to me and makes
me work and give up what I have. And I forget.

Poets usually are driven by a vision of a better world. For Langston Hughes:

O, let America be America again–
The land that never has been yet–
And yet must be–the land where every man is free.
The land that’s mine–the poor man’s, Indian’s, Negro’s, ME–
Who made America,
Whose sweat and blood, whose faith and pain,
Whose hand at the foundry, whose plow in the rain,
Must bring back our mighty dream again.

And for Woody Guthrie:

When the sun came shining, and I was strolling,
And the wheat fields waving and the dust clouds rolling,
As the fog was lifting a voice was chanting:
This land was made for you and me.

And finally poets offer the hope of resistance and change:

It was the bumble bee and the butterfly who survived, not the dinosaur.
(Meridel Le Sueur)

Sometimes I growl, shake myself and spatter a few red drops for history to
remember. Then–I forget.

When I, the People, learn to remember, when I, the People, use the
lessons of yesterday and no longer forget who robbed me last year,
who played me for a fool–then there will be no speaker in all the
world say the name: “The People,” with any fleck of a sneer in his
voice or any far-off smile of derision.

O, yes,
I say it plain,
America never was America to me,
And yet I swear this oath–
America will be!

Out of the rack and ruin of our gangster death,
The rape and rot of graft, and stealth, and lies,
We, the people, must redeem
The land, the mines, the plants, the rivers.
The mountains and the endless plain–
All, all the stretch of these great green states–
And make America again! (Langston Hughes)

Selections from the following poems:

Woody Guthrie, “This Land is Your Land?”
http://woodyguthrie.org/Lyrics/This_Land.

Carl Sandburg, “I Am the People, the Mob,”
http://www.poets.org/viewmedia.php/prmMID/15264