The US economy is in shambles, people are starving in Somalia, the European economy is diving as well…but here’s a little slice of the bright side of life.

These are some recent articles from Good Magazine – an online and print medium devoted to social change, and the NY Times: 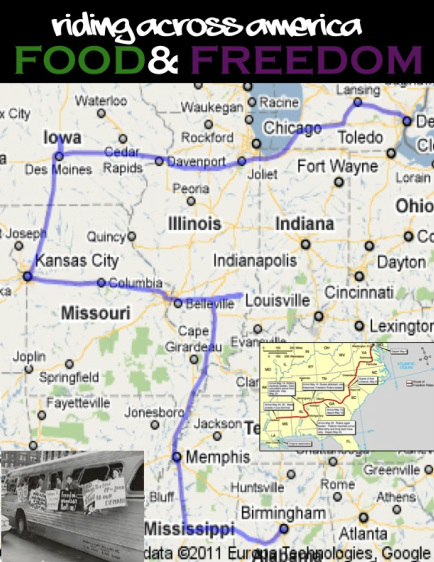 “Summer is the season for awareness-raising road trips. The latest one we’re excited about is the Food and Freedom Rides, which is spreading the word about our broken food system in communities across the South and Midwest. Kicking off in Birmingham, Alabama with meetings with civil rights leaders today and yesterday, the movement pays tribute to the 50th anniversaryof the anti-segregation Freedom Rides that roiled the South and galvanized the civil rights movement…Along the way, the 12 traveling activists hope to “expose injustice in the food system, and reveal real solutions in both urban and rural communities” by putting a spotlight on local food activism [Read on]….”

August 6th marked the beginning of Ramadan for the world’s 1.6 billion Muslims. “Alas, many Americans are still completely ignorant to Islam’s holiest month of observance. For the next four weeks, Aman Ali and Bassam Tariq are out to change that.

Ali and Tariq are the two young Muslims behind the project 30 Mosques in 30 Days. Since August 1, when Ramadan started this year, the duo have been traveling to a new state each day and meeting with a new Muslim community. They then document their experiences with multimedia presentations on their blog. The goal is to hit 30 states and 30 mosques in 30 days, thereby introducing the world to the wide breadth of wonderful people composing Islam, a religion and culture still considered by many to be foreign and scary….” [Read on] 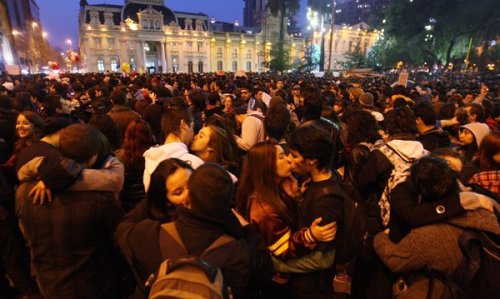 A protest in Santiago, Chile, last month. Students have held rallies of up to 100,000 people and taken control of dozens of schools around the country

“…If the Arab Spring has lost its bloom halfway across the world, people here are living what some have come to call a Chilean Winter. Segments of society that had been seen as politically apathetic only a few years ago, particularly the youth, have taken an unusually confrontational stance toward the government and business elite, demanding wholesale changes in education, transportation and energy policy, sometimes violently.

…The education protests have become ever more creative. There are at least two or three people jogging at all times around La Moneda, the presidential palace, trying to complete 1,800 laps to symbolize the $1.8 billion a year that protesters are demanding for Chile’s public education system. They carry flags that say “Free Education Now.”  Others have held a mass kiss-in, dressed like superheroes, danced as zombies to Michael Jackson’s “Thriller” and even staged fake group suicides where they fall in a heap of bodies….” [Read on]